Gujarat, India. 3rd April, 2017. Dear Sir/ Madam, Reference: Yatra reference no: 0103780294551 Flight no: 6E-702 PNR #X51HUR On 1st of March 2017, I booked my return flight for 04/03/2017 to 06/03/2017 from Vadodara to Delhi to appear for my examination. When i booked the tickets, my flight was not confirmed until I got the call Yatra and i gave my confirmation verbally, which I appreciated. But just two days before my departure from Vadodara i got an e-mail on 2nd April that my return ticket from Delhi for 2 out of 3 passengers has been cancelled without my knowledge or consent. · I called the Yatra helpline immediately and they said that it must be some technical difficulty and they claimed that no cancellation has been made. · Again i got an email from Yatra as well as Indigo airline on 3rd April saying that my return flight from Delhi has been cancelled for 2 passengers · I called the Indigo airline to inquire about this matter, they said that my travel agent called and cancelled the ticket on my behalf. It has been my first visit to Yatra.com with the flight booking; i understand that your company holds a certain prestige and your staff and services would comply with this. But your lack of responsibility has been very frustrating and unprofessional. I am really disappointed. · I did not request Yatra to cancel my tickets at any time. · They told me that it must be any technical difficulty and it will be resolved. · Even if there was a technical difficulty, I did not get any call from Yatra asking for my confirmation to cancel. And now i am facing cancellation charges because of your staff’s fault. My whole exam and study schedule is disturbed because of your lack of responsibility. Now i have to reschedule my exam, cancel my departure ticket from Vadodara and hire a taxi to travel to delhi. This is totally unfair, it’s my hard-earned money which I utilise very carefully just for my education and educational-travelling purposes . I have been disturbed and mentally harassed during my exam time and charged with cancellation charges unnecessarily. I am not going to pay anything from my pocket. Attached are the copies of the tickets which i booked on 1st of march and also the tickets which were wrongfully cancelled by Yatra. It is my right to seek redressal for the unfair trade made by you and I look forward to your reply and a resolution to my problem within 2 hrs by fulfilling the following: · Full refund, for all my cancelled bookings, i.e, 16346/- · Compensation amount for my exam rescheduling charges, · Compensation amount for the waste of time caused by communicating with the costumer helpline; which was not helpful at all. · Compensation amount for cheating and fraudulence made by your company. I will wait for 24 hrs before seeking third-party assistance. Denial of refund will forcefully and unwillingly compel me to file a suit against your company and drag you to the consumer court with fraudulence, unfair trade, mental harassment, And now for the exasperation caused by your Company, i am going to take this on to the social media platforms; facebook, twitter and put my complaint up on the newspapers as well as this experience has been very frustrating. waiting for the reply AS SOON AS POSSIBLE. -- Shazin.

I wrongly book a ticket for mumbai while I have to go for bangluru, I was sure about ticket is refundable, the ticket amount was 3609.00 and yatra says I will get 0 zero refund. there min cancellation charges is 4500.00 its totally unfair when the ti..

AS PER GOVT RESTRICTION TO VSIT ANDAMAN,WE HAD CANCELLED ALL OUR NON REF BOOKING AND WE HAVE RECEIVED ALL REFUNDS(FULL REFUNDS).WE HAVE ATTACHED MAKE MY TRIP VOUCHERS OF FULL REFUND AND INSPITE OF GIVING CANCELLATION REQUEST FOR YOUR BOOKINGS DONE W.. 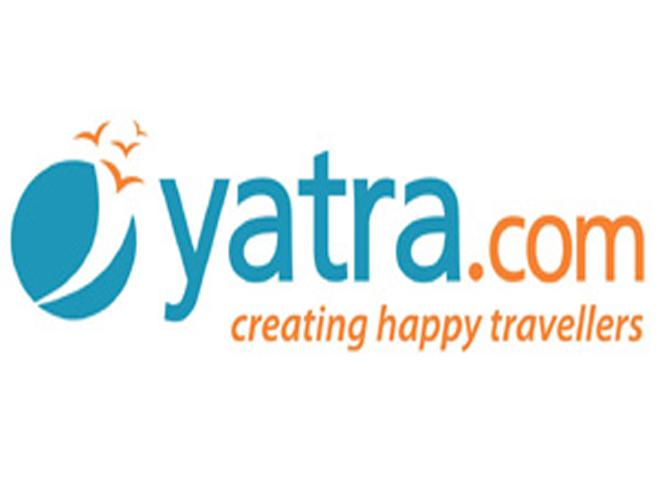