Sony India - My Camera is not working properly..

I bought one camera in Amazon. While using the camera, photos are full clarity but after 1 month photos are not having clarity. What i need to do now? ..

I purchase a Sony BRAVIA TV, Model No.: KLV-40W562D IN5 and Serial No- 4114008, purchased on 23rd December 2016 from paytm and the product is defective i am complaining for the product from feb, i dont want change the part of tv i want replacement of..

Sony India - Demo and installation of Sony TV not done on time ..

Myself Amit Gautam. I have purchased a Sony LED TV from Big Bazar Noida. The time period of installation and demo was 48 hours. Now it's bean 3Days they have not installed the TV and when I called customer care of Sony still they want 24hours to come..

Sony India - i want to replace my handset due to many reasons...

i have purchased sony xperia z5 premium handset on 5th september 2016 of amount 42000 .on the very second day i visited sony authorised service center situated in mansarover complex bhopal M.P due to complain of exccesive heating and software upgrad.. 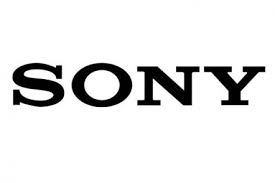