Subject- Deceiving and cheating with intent to defraud the policy holder smt usha kulshrestha w.o col h m kulshrestha By the Rep - Religare Health Insurance @premium of payment of Rs 60000/- +for the travel plan insurance 120 days Statement of the facts -Deceiving and cheating with intent to defraud THE policy holder SMT USHA KULSHRESTHA W.O COL H M KULSHRESTHA- UNDER the worry-free world of Religare Health Insurance (RHI) Plan ON TRAVEL TO U K, FOR A SOECIFIED PERIOD OF STAY 120 days Mr Srinivas – 9581388988 Religare Health Insurance accompanied by Mr P Phani Kumar. (RSM) Business Partner-Exclusive Banking Indusind bank , came to undersigned Residence 35 Krishnapuri, and described travel plan medical benefits of taking policy from RIH to cover expenses of any medical needs during our stay in U K. When enquired the kinds of medical benefits of Health plan for Me and my wife – being 75 + years old, health plan coverage of our Pre Existing Diseases (PRDs), particularly and specifically of my wife Usha Kulshrestha revealed to him in the presence of RSM –Mr Phani kumar-& undersigned to which he confirmed stating these are covered for the specific period of duration of your policy in force. With all pre existing disease (PEDs) conveyed in person to the rep ,and on his confirmation only that all PEDs so conveyed for FULL COVERAGE in the presence of following persons. but deceptively, He with intent to defraud the claimant of the benefits Documents were signed Payment of premium of Rs 60000/-paid vide crossed cheques. . ,. Despite the fact that Having Revealed THE PEDs while signing the documents, in the presence of the self and also Mr Phani kumar Religare rejected the claim stating on the basis of Non-Discloser of PED’S,contrary to above mentioned confirmation given by the rep of religare.. branding the customers as cheats. whereasthe rep acted with knowledge of being done with a criminal knowledge or intention rejection of the claim and benefits to the RIH.. Name and Address of f the Rep Of Religare Health Insurance (RHI) • Mr Srinivas – 9581388988 • Satyanarayan AVP-Bancassurance 9848466300 Religare Health Insurance   Health Insurance Agency • Address: Greenlands Flyover, Kundanbagh Colony, Begumpet, Hyderabad, Telangana 500016 Date of signing the documents 11 may 2016 Witness to the proposal and in the presence of The PROPOSER AND THE POLICY HOLDER as well as RSM- Mr Phani Kumar Of Indusind BankWAS TOLD ABOUT THE PEDs AND CONFIRMATION TO THE EFFECT –OF PEDs COVERAGE Confirmed by the Rep before signing of the document by the Proposer and the Policy Holder. on 11 may 2016 –Copy of e mail –confirmation of revealing and confirmation of coverage of PEDs by Rep Of REligare Health I nsurance. Phani Kumar.P Business Partner-Exclusive Banking Nov 8 (4 days ago) Mohan, Manam, Phani, naga.gadey, me Dear Satya, So far i didn’t get any response from religare on this issue. Dear Phani(RSM), i need your support to resolve this issue. Customer revealed the PED’s while signing on travel policy but religare rejected the claim on the basis of Non-Discloser of PED’s. Warm regards Phani Kumar.P Business Partner-Exclusive Banking IndusInd Bank, Secunderabad Branch, 1-8-448, Sardar Patel Rd., Begumpet, Secunderabad - 500003 ' 040-46595204 ' 9959748487 * [email protected] 2..Col H M Kulshrestha , Proposer 9394323038 --- Self Undersigned Principal ,& Director, Indian Institute Of School Psychology, School Counselling & Guidance West Marredpally, Secunderabad-500026 T S 3.Smt Usha Kulshrestha – THE CLAIMENT C/O Col H M Kulshrestha Thus the rep of Religare Health Insurance (RHI) with intent to deprive rightful claim of benefits obtained the documents signed and obtained the premium payment of Rs 60000/-by deception withholding the facts of revelation of PEDs, in that he acted fraudulently or dishonestly with the claimant so deceived in getting her genuine claim of medical expenses incurred at U K. The Rep (RIH) intentionally induced us all to believe in good faith that PEDs so revealed are covered under the plan, but deceptively with intent to defraud got the claim rejected on Non disclosure of the PEDs. This act of omission causes damage of severe nature and harm to our self esteem and mental agony affecting reputation from such cheating behaviour and intent of these RELIGARE HEALTH INSURANCE. REPS.” fraudulent intentions are the means of committing the offence of cheating! Therefore it is requested to register a case against them for their fraudulent or dishonest deception of of claimant as an essential ingredient of the crime of cheating under the relevant sec of IPC.. Submission of original Claim documents on Return from U K -9 th Sep 2016 to the Rep of RIH head office received the documents Policy No10650283 & claim No 90253490 -00 Dr at London –gave one page computerized statement showing the fee charged for tests /consultations and total fee amount and paid /nothing outstanding invoice and details plus fee charged “by U K (As practiced in U K) 1. travel documents 2. original policy documents Claim registered and RIH raised query like Reasons for seeking consultation from the doctor, and notes of the Dr BASED AT LONDON –a comprehensive reports – with deceptive intents to NEGATE THE COVERAGE OF PEDs AND REJECT THE CLAIM. 1. Letter dated 28 Sep 2015 2. Similar letter followed a week later on 4th Oct 2016 knowing well that London based doctor and they have different norms to support the health insurance claims unlike religare in india expected them to adopt. 3. Similar letter followed on 12 th Oct 2016 4. Final reminder & closure of the case letter dated 24 th Oct 2016. 5. And finally the claim was rejected for NON COVERAGE OF PEDs vide their letter dated 02 Nov 2016 The undersigned talked to the customer care many times detailing the facts but their intended deceptive attitude compels us to file the case with Police Department for acts of deception and cheating the claimants depriving her to genuine claims of medical benefits covered with disclosed PEDs . There are numerous serious complaints against RHI on the Internet- rejections of claims of living persons and of the deceased claimants’ UNKNOWN numbers on some other pretexts. You are requested to register a case against the rep of RHI FOR NECESSARY ACTIONS please.

Religare Health Insurance - Not passing the claim and not listening to us. ..

My daughter was admitted in max hospital vaishali ghaziabad. I was having a religare health insurance. When i applied to cashless claim they just denied at the time of admission. They are giving me a silly reason that patient father is suffering fro..

Never ever go for religare health insurance because these people never tend to pay REIMBURSEMENT. before purchasing there are many unwanted calls for buying the health insurance from religare agents but no CALIBRE to pay for the Reimbursement. ..

Subject- Deceiving and cheating with intent to defraud the policy holder smt usha kulshrestha w.o col h m kulshrestha By the Rep - Religare Health Insurance @premium of payment of Rs 60000/- +for the travel plan insurance 120 days Statement of the .. 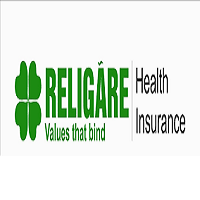