CUSTOMER SERVICE COMPLAINT & REFUND REQUEST My father-in-law Mr. Sukumar Mitra (age: +97 years) expired suddenly at Kolkata early in the morning of Saturday 31st December 2016. My wife (age: 67 years, residing in Mumbai) is the elder of his two daughters (no sons) and hence, her presence was urgently required at Kolkata to perform her father’s last rites at the funeral, scheduled around 4.30 P.M. same day. Telephonic intimation was received at 7.30 A.M. on 31.12.2016 and chronological sequence of subsequent events is listed below: 1. e-Ticket was booked on the earliest available flight (6E323 departing Mumbai at 11.30 A.M.) at a cost of Rs. 22,986/- (PNR – QFJV9K , in names of Anuradha Ray & Baren Chandra Ray) 2. We rushed to the Airport, arriving around 10.15 a.m. and immediately checked in, obtained our Boarding Passes & proceeded to the Departure Lounge of Gate # 12, where we were informed that the boarding for Flight 6E323 had not yet started. 3. We waited in the Departure area but there was no announcement regarding boarding (Mumbai being a silent airport). Both of us being Senior Citizens (69 & 67 years ), it was necessary to visit the Toilet/ Wash Room prior to boarding the aircraft – hence, we individually went to the Toilet but one of us was always present in the Departure lounge. Surprisingly, neither of us heard anyone paging passengers for the Kolkata flight. 4. Due to personal tensions, we possibly lost track of time. When we realized that it was approaching the scheduled flight departure time, we presented ourselves at the gate at around 11.05 – 11.10 a.m. but the Indigo staff on duty casually told us “sorry, the boarding has closed”. In spite of our earnest requests (quoting the seriousness of the circumstances) to make any possible special arrangements to avail this flight, since the aircraft would still be on the runway, the extremely indifferent response of the staff was “...not possible as per rules”). The Boarding Passes were cancelled at the Security Desk and we were directed back to the Check-in Counter. 5. At the Check-in desk, we were informed that next available flight was 6E395 (dep. 1705 hours, arr. Kolkata 1940 hours). With no other option available, we were constrained to book ourselves on this flight, at an additional cost of Rs. 4680/- (which was paid vide Debit Card). 6. We managed to board flight 6E395, arrived at Kolkata and reached my late father-in-law’s residence around 2030 hours – however, it was fruitless since the cremation had taken place at 1930 hours and the funeral pyre had to be lit by my wife’s younger sister – albeit most reluctantly. Needless to point out, the above happenings have resulted in serious social/ family stigma, the occasion being of very high importance (on par with a child’s marriage in Hindu families). My wife had to undergo severe emotional trauma &relative’s displeasure, due to her non-presence. My submissions to Indigo are as follows: 1. Irrespective of the fact that Mumbai is a “silent” airport, it is extremely surprising that the manual paging (of flight boarding) was not heard by us even once ! 2. Passengers who have already obtained Boarding Passes must not be treated as “No Show” passengers (who have not checked in / not arrived at airport) and all efforts should be made to ensure they do not miss their flight. This is specifically important for Senior Citizens who may be inattentive or feeling unwell, due to the emotional upheaval resulting from the death of a loved one. 3. During the last few (5-10) minutes before the gate closes, there would hardly be 3-4 passengers with Boarding Passes who have not yet proceeded to the aircraft and hence the staff at the Boarding Desk would not be extremely busy at that point of time. It is customary for reputable, efficient Airlines (such as Indigo) to page these few passengers (who have not yet come to the Boarding Desk) by name (not only by Flight No. /Destination). Regretably , this does not seem to have happened in this specific instance. Also, special SMS alert during the critical last 15 minutes before gate closure is essential & very much required, especially for Senior Citizens. In light of the above unfortunate events, I feel quite justified in requesting Indigo for a FULL REFUND OF Rs. 27,666/- (Rs.22986/- + Rs. 4680/-) for the reasons listed below : 1. For a retired Sr. Citizen (of limited means), Rs28, 000/- is a substantial amount, roughly equivalent to 2 months of our household expenses. Also, it may be noted that we always travel by Train (to avail Sr. Citizen discount) but we were compelled to book Air Tickets due to this first-time family emergency. 2. All this exorbitant expenditure was of no avail, since the very purpose of the trip was not fulfilled (wife, as the elder daughter, was unable to light her father’s funeral pyre). We could as well as travelled by train, arriving a few days later for further religious functions. 3. My wife went through severe emotional trauma due to the incident and also faced ridicule from her relatives for not being present to fulfil her duty towards her dead father. I am confident that Indigo will take serious & sympathetic view in the matter and not dismiss the issue with some casual response (...rules do not permit refund, ...passenger’s fault, etc.). I will look forward to a positive reply in the matter of REFUND PAYMENT OF Rs.27, 666/-. On receipt of your confirmatory reply/SMS, relevant Bank details will be provided for transfer of funds. It may kindly be noted that, in the event of a negative response from Indigo, I will be constrained to refer the matter to the appropriate Appellate Authority for necessary remedial action. Thanking you, in anticipation, Yours truly, Baren Chandra Ray (M) 87-672-50401/93-283-02205 Flat 12, Ganapati Villa No.2, Behind Pratap Cinema, THANE – 400601 e-mail: [email protected]

I am waiting for the wheel chair at counter since last 30 mts and the airlines don’t have wheel chair available with them my wife cannot walk and I have to reach to gate 23 almost to walk half KMS can any one at airlines take up this matter urgent..

I have filed a complaint form in indigo website regarding behavioural issue of indigo staff who was overhearing the conversation of mine and my wife and later started to argue with me regarding our private conversation. Such a cheap airline with no p..

Airlines - Regarding refund of registration money..

I got a call from airlines company and they told me to pay 2000/- for the registration for the ground staff job and later i came to know that it's a fake company and asked to refund my money but they are not responding at all...

Dear sir Today I took a flight of indigo 6E 119. From raipur to guwahati.There was a hop at Hyderabad where I departed for refreshment ,no body told me not to depart here. When I enquire at airport where will i Found flight to guwahati from Hyderab.. 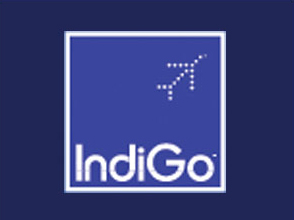