hi, There was 3 unconditional transaction happened on my credit card which was unknown to me 1st transaction was on 31 Jan and 2nd/3rd transaction on 4th of Feb 2017, which was totally around 34,000 , there is no high security on citi bank cards, the fraud call which was received on 30th Jan the person is telling my full name with DOB ,Credit card number, the expiry date of the card, how can we know apart from bank people who else will be knowing about our detail, keeping that in my mind i have believed the person who called me called, and as he said i will receive IVR pin and OTP, and said me to type on screen and i have typed on my cell phone and also he said its all confidential and not to share, and he had shared the number of citi bank helpline number as 8010552915. and he said my credit card is getting expire and need to replace card and need my permission, since he had all my details and i have believed him and typed my IVR on my mobile. NOTE: ***I have not told any IVR or OTP on call i have typed it on my phone on IVR call.***. and next day my online IPIN was blocked and was not working and i thought it might got blocked due to card change for security reason, i called to the number 8010552915 which the caller had given and told my IPIN was not working, they have told after receiving new card i need to change my IPIN and ID. after 3 days also i could not change my details, the next 5th day i got some how changed my online IPIN and user ID., and logged in and saw 8,458 INR had been transaction had been made without my notice, and immediately in the late night i called Citibank people and got card blocked and told about the issue, need justification for the above issue happened to me.

I hold a credit card and a loan was given.EMI are paid uptodate.No defaulter in payment. But the card was blocked without prior notice. Whether I am a consumer u/s 2(1) d, o of C.P.Act1986. Whether any debtor / creditor relationship exist bet..

CAN A CARD HOLDER FILE A COMPLAINT IN CONSUMER COURT AS A CONSUMER U/S 2(1) d OF C.P.ACT1987 INDIA WHETHER THERE EXIST ANY RELATION AS DEBTOR AND CREDITOR BETWEEN CARD HOLDER AND BANK ?..

being a card holder and availing loan whether I am a consumer or not u/s 2(1)d of the c.p.Act 1986 ? And - any debtor / creditor relationship exists between card holder and bank ?..

hi, There was 3 unconditional transaction happened on my credit card which was unknown to me 1st transaction was on 31 Jan and 2nd/3rd transaction on 4th of Feb 2017, which was totally around 34,000 , there is no high security on citi bank cards, ..

I had paid card payment during December 2016 for November due, before due date which is not considered in January 2017 statement. Late payment, Interest & Service charges are imposed to be reversed. Enclosed the payment advise for your reference... 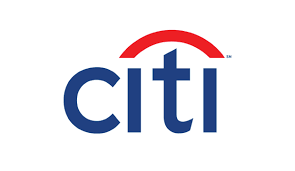